Kim Polling, born 1991, is the World ranking leader in -70 Kg. With more than 700 points from the runner up, she is the unopposed conqueror of her category. Recently, she added a bronze medal in Paris Grand Slam and an European Championship to a long list of great results. When she was only 21, she won her first World Universiade title, and the next year her first senior European title and a bronze medal in World Championship. The only missing piece in her collections is the Olympics one. Waiting for Rio 2016, she went to our tatami and she was very kind to answer to some of our questions, to understand better her world, as a dominant judoka outside Italy.

Hello Kim! Thanks for your time with us! Beyond judo, what are you into? Do you study?

I am studying to become a teacher at a primary school. I like teaching to young children and I will finish my studie soon. If everything is going as planned, I will graduate in March 2016. Then I will have my diploma before the Olympics. In the Netherlands the school system is a bit different from the Italian one because we only have one teacher for all the subject. Expect for the physical education, for this subject there is another teacher. 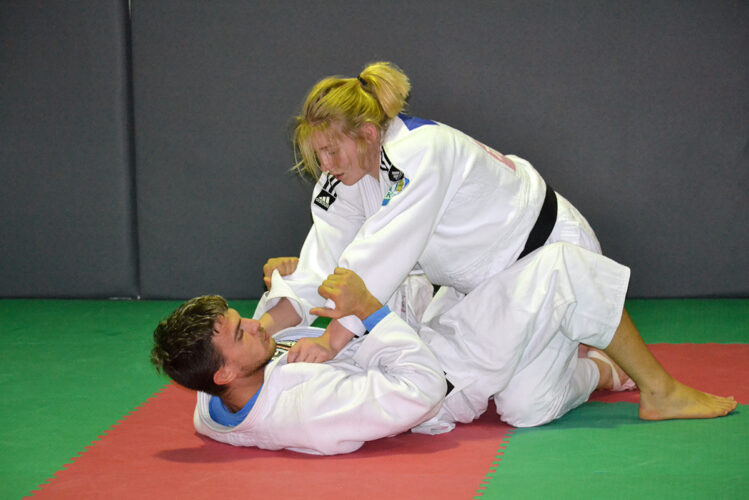 Can you describe your typical week?

When the competition period is off I go to the University twice a week. Because I have finished most of my assignments and test I don’t have to go so much anymore to the University. I also have finished all my internships, so now I only need to focus on my last three (big) assignments. But the rest of my week, of course, is dedicated to training. On Mondays, Wednesdays, Thursdays and Sundays I do judo, on Tuesdays I am training with a physiotherapist who helps me with stability and conditioning exercises, while Fridays I have more strength exercises. Also I go twice or thrice a week to the physic for a massage and recovering from all the little injuries caused by judo. Physiotherapy is something very important for me and my body. And then I like to see television series. So the free time I have I spend by relaxing and watching those series. And when I have a bit more of free time I go to my parents and brother. Because they live more than 200 km away I can’t visit them often. I love my parents and my little brother D.J. very much, so if I have time, I go to them.

Doing judo at highest levels requires lot of money, nowadays. Do you have any financial support? A sponsor?

Yes, my results gave me the opportunity to get a sponsor: AA DRINK (www.aa-drink.com/nl/). And from the Dutch sports federation I receive every month a salary. I don’t need to pay for tournaments, the Dutch judo federation is paying this.

Differently from Italy, in the Netherlands there are no military groups supporting sport. 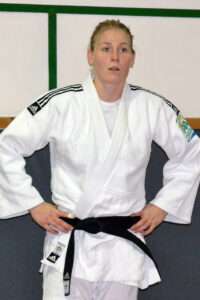 Let’s now talk about your judo club. Who is your coach?

Together with my coach Maarten Arens I decided which competition I will do and to which training scamp we will go. I train in Haarlem (close to Amsterdam) and the name of my club is Kenamju, one of the four national supported centers. We are almost 40 people between women and light junior men (the men senior team trains at different time of the day), but twice a week I need to go to Nieuwegein for the national training.

Which are your next competitions and goals?

I really would like to win the Rio 2016 Olympics Games of course, but I think that I will also be happy if I can show my best judo and take another color of medal. In the next few weeks I have an off period from the competition. I will start again in Paris, February 2016.

Meanwhile, I keep training and study for my graduation!